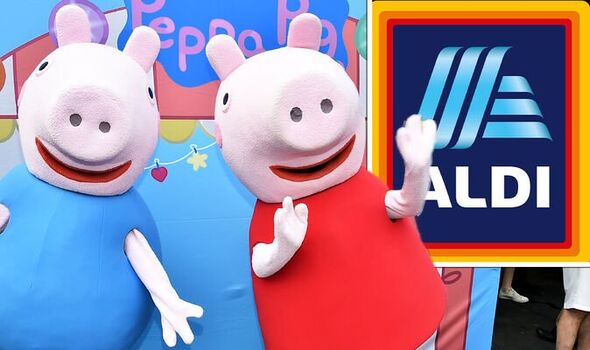 The Aldi shopper took to social media after spotting the X-rated detail.

Keith Bean shared a picture of the Peppa Pig ice cream on Twitter saying: “@AldiUK I was very happy to see these in your supermarket, but perhaps not as happy as Peppa is….”

Aldi Stores UK replied saying: “Keith that is an ARM.”

Many other users took to social media to share their thoughts on the controversial design.

Sal Robins said: “Seeing as Peppa’s a girl it can’t be anything else but her arm.”

Twitter user @Wishingstaar commented: “I bought these and had to lie to my daughter about why I was having a little chuckle to myself…

User @LlamaDramah agreed: “Looks nothing like an arm either.”

Another user, @blnbyheidi, commented: “Ommmgg it was clearly an arm until I read the entire message and now I can’t see it as anything but the initial suggestion lollllllll”

To what another one replied: “One can forgive Keith for mistaking it as something other than an arm.

“Sometimes a design on paper or computer doesn’t work physically when put into practice.”