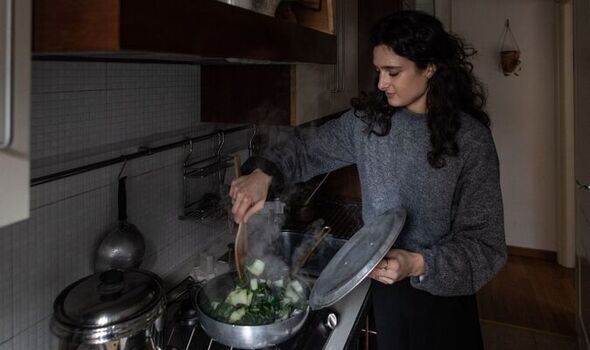 And Londoners spend more than nine hours a week in the kitchen.

The typical breakfast takes 22 minutes to prepare, while lunch takes half an hour.

Evening meals take the longest at 49 minutes to cook – but only 23 minutes to eat.

It also emerged that a quarter of those polled said time in the kitchen often feels like a chore.

More than a third admitted their cooking is “safe”, and 22 percent described their food as “basic”.

But 18 percent wished they had more time to cook impressive dishes.

And almost a quarter of younger consumers feel they miss out on their favourite cuisines at home due to a lack of time or skill.

Anna Beheshti, spokeswoman for rice brand Tilda, which commissioned the research to mark its ready-to-heat limited edition Katsu Curry rice, said: “We’re spending a huge amount of time in the kitchen every week.

“It’s typically referred to as the heart of the home – and with life getting busy again, people are looking for hacks and shortcuts to make quick, tasty meals.

“It’s easy to get stuck in a rut when cooking, and we know many people are looking for inspiration when it comes to creative, flavoursome meals.

“We want to help the nation create tasty meals, quickly.”

The study into cooking habits also found more than a third (35 percent) spent more time in the kitchen during the pandemic than ever before.

Although, if less time was spent preparing food, adults would use the time to watch TV (46 percent), read (31 percent), and socialise with their family (29 percent).

It also revealed that six in ten were open to cooking more interesting meals, with four in ten admitting they have four “go-to” meals they stick with.

As a result, it’s been an average of 27 days since Brits last cooked something new, blaming a lack of motivation (31 percent), time (26 percent) and living with fussy eaters (24 percent).

Almost a quarter blamed a lack of creativity, and a fifth admitted fear of failure.

The OnePoll study found almost a quarter of adults enjoy Japanese dishes in a restaurant, but miss out at home as they don’t have enough time or skills to cook them.

Similarly, the top dishes people enjoy when dining out but wouldn’t cook at home include katsu curry, paella, and lasagne, with 44 percent admitting convenience is key.

And more than one in five Londoners said they loved eating katsu curry when dining out, but wouldn’t be confident cooking it at home.

Anna Beheshti, from Tilda, added: “We can see that Katsu Curry is a dish Brits feel they miss out on at home, due to lack of ingredients, time and skill.

“Luckily, we’re here to help bring those Asian-inspired restaurant flavours into the home with our Limited Edition Katsu Curry rice.”

How to make eggy bread