Honeycomb – also known as cinder toffee – is the delicious filling inside Crunchy chocolate bars – with a crunchy sweet made from sugar, butter, bicarbonate of soda and golden syrup. The bicarbonate of soda causes the caramel to bubble up, creating the iconic texture.

There are names for the sweet treat around the world, with honeycomb also called sponge toffee, cinder toffee or hokey pokey.

Known for it’s crunchy, bubbly texture – it is the science behind the ingredients which creates this.

The heat from the sugar mix breaks down the bicarbonate of soda forcing it to release carbon dioxide gas.

This gas is what causes the bubbles in honeycomb, and the bubbles make the mix expand to create the light, bubbly texture we know as honeycomb.

Read More: How to blanch carrots 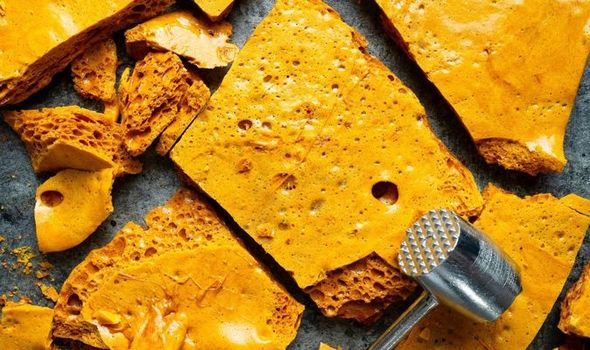 With many of us taking to our kitchens to pass the time during lockdown, baking has taken the nation by storm.

In fact, according to data from SEMrush Google searches for ‘how to make honeycomb’ have soared during the lockdown period.

The data showed from February to April searches for honeycomb recipes soared by a staggering 1270.37 percent in the UK.

Honeycomb can be used as an ingredient in baking, as a topping to sweet treats or enjoyed on its own.

So if you want to make your own honeycomb at home, here is an easy recipe. 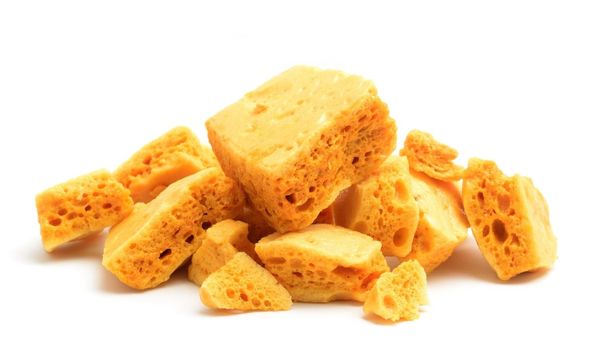 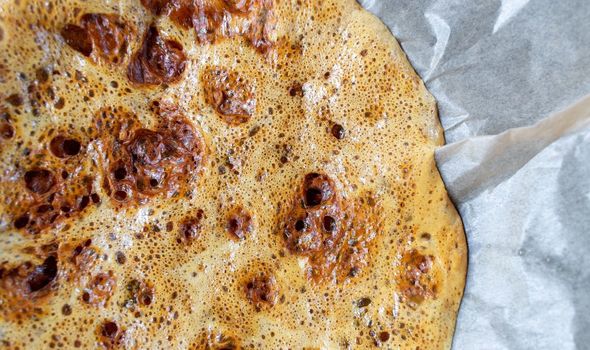 How to make honeycomb

Mix 200g caster sugar and five tablespoons of golden syrup in a deep saucepan and stir over a gentle heat until the sugar has melted.

Try not to let the mixture bubble until the sugar grains have disappeared. 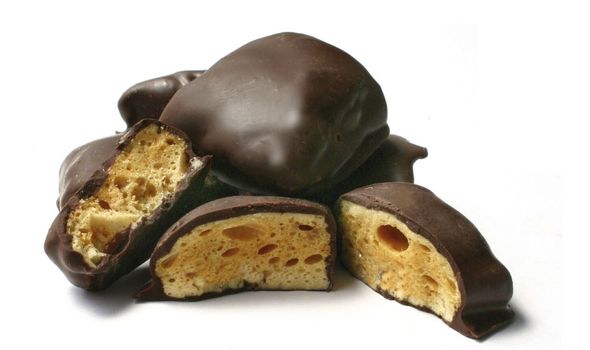 Once completely melted, turn up the heat a little and simmer until you have an amber-coloured caramel (this won’t take long).

Then as quickly as you can turn off the heat, tip in two teaspoons bicarbonate of soda and beat in with a wooden spoon until it has all disappeared and the mixture is foaming.

Scrape into the tin immediately but be careful as the mixture will be very hot.

The mixture will continue bubbling in the tin, simply leave it and in about one hour – one hour and 30 mins the honeycomb will be hard and ready to crumble or snap into chunks.

If you want to replicate one of the nation’s favourite chocolate bars – the crunchy – all you need to do is melt some chocolate.

This can be white, milk or dark chocolate, and you can dip the honeycomb pieces in the melted chocolate or pour it over to coat them.

Then either leave to harden or eat straight away depending on your preference.

You can also use the honeycomb to sprinkle over ice-cream, top cupcakes, or add to desserts for a crunch.

Can you freeze yeast?

The Pomelo Is a Citrus Fruit Worth Seeking Out 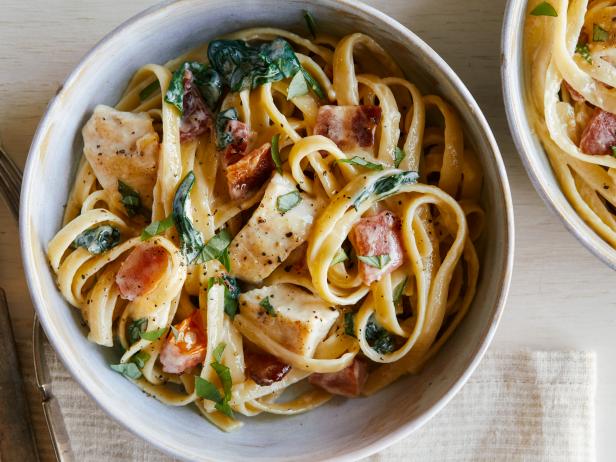 This Fruit Infuser Water Bottle Makes Staying Hydrated More Delicious, According to Amazon Shoppers
We and our partners use cookies on this site to improve our service, perform analytics, personalize advertising, measure advertising performance, and remember website preferences.Ok