James Martin is an English chef who will often share his favourite recipes on the small screen. He gave recipes for two quick and simple tapas selections made using salt cod.

The celebrity chef shared the ingredients needed to make the two different dishes.

For the garnish, he cooked freshly chopped tomatoes, oregano, garlic, lemon juice and olive oil in a pan.

They were left to sweat and stew down and make a sauce in the pan.

He added a touch of pepper and pinch of salt as the tomatoes started to wilt down. 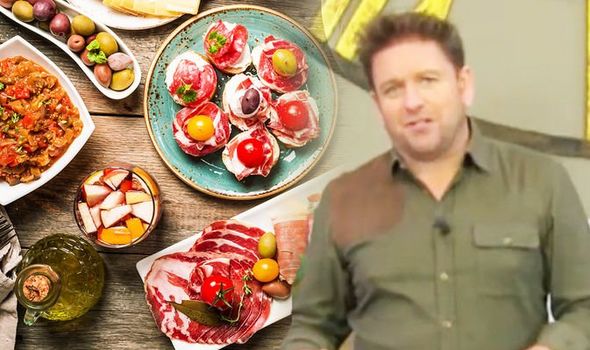 While the garnish was cooking, James shared how to make croquetas and stuffed peppers with a cod mixture.

“What you’ve got to do with [the salt cod] is soak it, ideally overnight,” he said.

“You take your salted cod, which is hard, and leave it overnight in water.”

Once this is done, James shared the cod comes back to it’s original texture.

He then cooked the cod in a pan with a bit of milk, and stated this could also be done in water.

The cod was then mixed with potato at a ratio of about half and half.

James continued: “We use a little bit of potato, usually about half and half in there.

“There’s no need to put any seasoning as we put the salt in here.”

The chef then split up the potato and cod mixture to make two different tapas dishes. 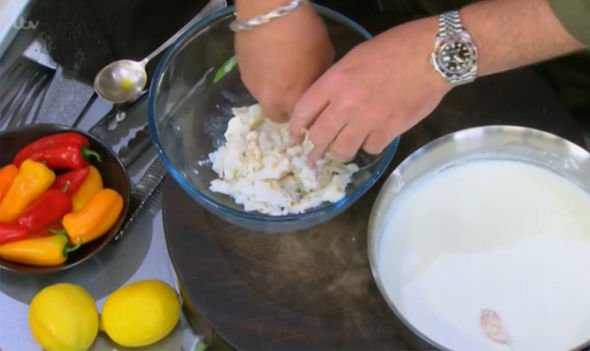 He moulded the mixture into balls the size of a golf ball and put them into flour.

The balls were rolled in flour, beaten egg and then breadcrumbs. James used panko crumbs.

The prepared croquetas were then dropped into a fryer for about 40 seconds.

James instructed: “Use a nice hot fryer and drop them straight then.”

Once cooked, the chef served the fried balls with aioli, made from a mixture of mayonnaise and garlic.

With the remaining cod and potato mixture, the chef created stuffed peppers. 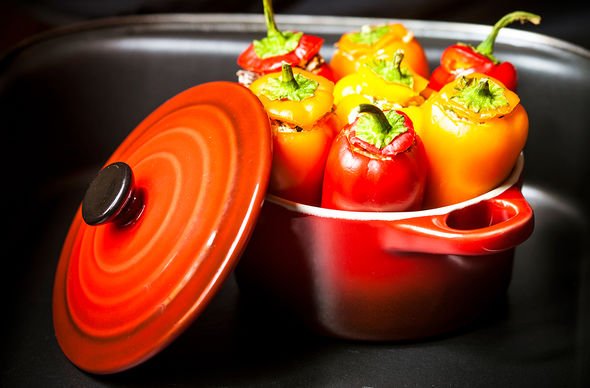 He put the mixture into roasted peppers which he then chargrilled.

“The great thing about this is the flavour. It’s unique,” James continued.

He drizzled the stuffed peppers in oil and put them onto a griddle pan.

He explained the tapas dish could also be eaten as they are or cooked in a frying pan.

If using a griddle pan, James stated: “keep them on long enough to get that bar marking.”

The chef served the peppers with the reduced tomato sauce prepared earlier.

First date? You must include food says survey