The Masterchef star explained how to make the tasty brunch idea from his home in London. The sweet breakfast recipe uses maple syrup, bananas and chocolate spread.

John started by showing This Morning viewers how to make an ‘envelope’ out of the thick doorstop bread so that you can insert the chocolate spread and banana into the pocket-like hole.

Busy with the cooking, the 54-year-old celebrity chef was unaware of hosts Phillip Schofield’s and Holly Willoughby’s uncontrollable giggles back in the studio.

Torode carried on oblivious to the accidental innuendo and explained how to make the delicious treat.

The recipe uses buttermilk, but the Australian chef noted that viewers can use milk or yoghurt instead too. 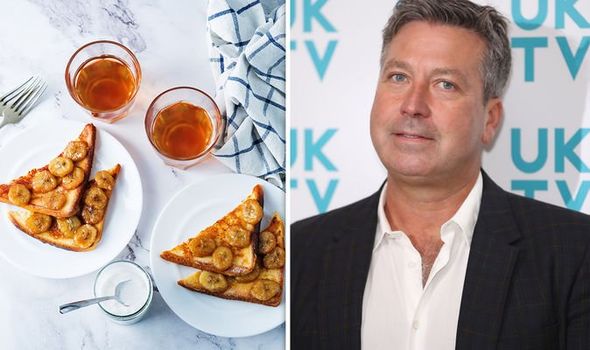 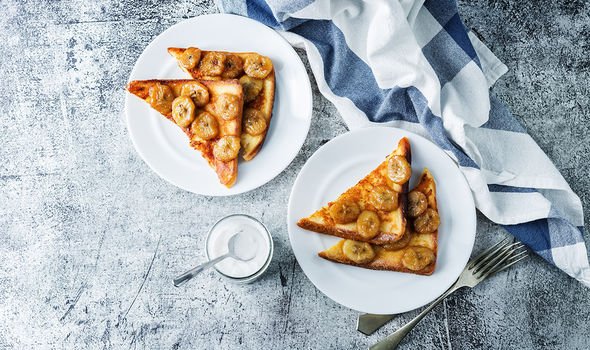 The filling is also flexible, with Torode suggesting ham and cheese, chocolate chips or honey and banana as alternatives to his syrup version.

The food pro said it takes around seven minutes to cook once it’s in the pan, but showed Phil and Holly one he’d prepped beforehand.

He then served it up with added bacon and maple syrup, quoting Will Ferrell’s character in Elf who believes anything with syrup is good for you.

John described the dessert-like flavours as being like a great doughnut, hailing it far better than the trend for making banana bread which he called a “throwback”.

Here’s how to make the banana-stuffed French toast recipe.

This method will serve four people, making it perfect for sharing for a lockdown treat with the family.

2 bananas, peeled and sliced in half, lengthways 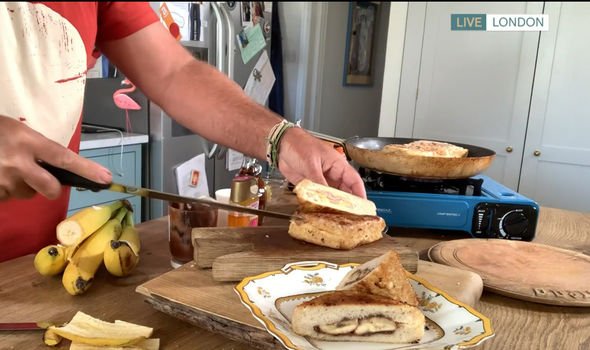 Cut the bread into 5cm thick slices and remove the crust. Using a small sharp knife, make an incision in one of the long sides and fill with sliced banana – spread out evenly to fill the whole pocket, but be gentle so it doesn’t split. Repeat for the other slices.

Beat the eggs with the buttermilk, salt, cinnamon and sugar.

One at a time, dip the filled bread in the egg mix and turn three times, leave to soak for 30 seconds and turn again.

Gently heat a large frying pan then add some butter and a little oil. When the butter has melted and starts to sizzle, carefully place two pieces of the soaked bread in the pan. 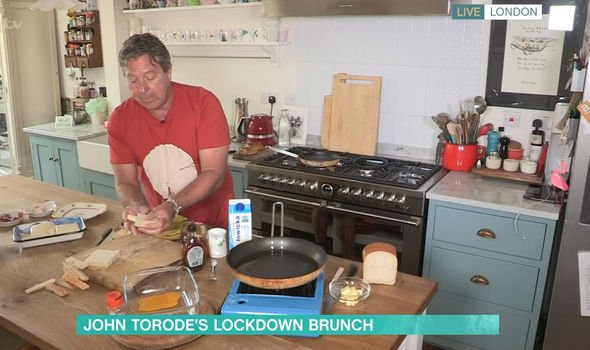 Cook each side gently, adjust the heat so it cooks slowly and smells of buttery toast… it will take a couple of minutes each side.

Remove from the pan, wipe the pan out and repeat with the other two pieces.

See the full recipe on This Morning’s website here.