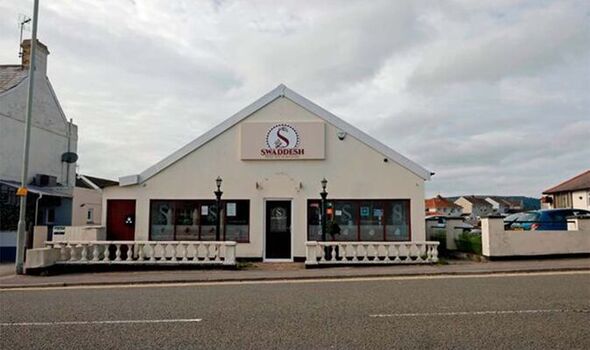 Mohammed Rahman runs an Indian restaurant called Swaddesh in Bridgend, Wales. He believes that his business will close down in around six-weeks due to the “nonsense rating”.

He opened the Indian restaurant in Pisgah Street around three years ago, WalesOnline reports. The venue initially earned a four-star hygiene rating, but an environmental health officer from Bridgend Council inspected the business on May 25 and issued a damning zero-star rating — meaning urgent improvement necessary.

Mr Rahman claims his standards did not fall between inspections. The 34-year-old fumed: “I was happy. I was doing really good on the takeaway side, and I was getting eight to 11 tables a week. Now I’m getting zero tables and I’ve been taken off Uber Eats and Just Eat. You need minimum one star to be on there. It’s literally messed me up.”

Does Mr Rahman believe the downturn in trade is purely due to the rating? “Of course it is. They made me put a zero right on the door,” he said. 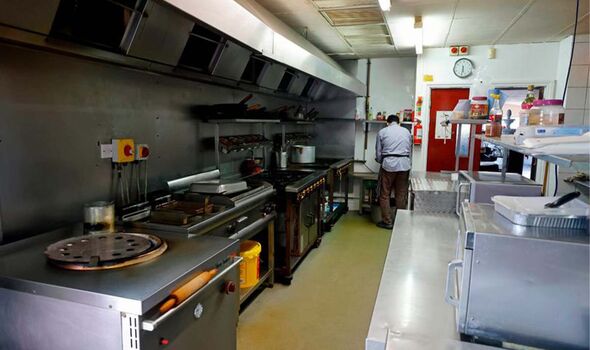 The inspector found “urgent” improvement was needed in Swaddesh’s management of food safety and in the site’s cleanliness and condition. They also said the restaurant — which has an average Facebook rating of 4.5 stars after 76 reviews — needed “major” improvement in hygienic food handling.

Mr Rahman said: “Underneath the sink there was a bit of a leak. Some water was going there, maybe a bit of food. It went all black under the sink but that is all sorted. Everything is done.

“You know when you have to keep temperature recordings and paperwork and things like that? Because I had less staff, I wasn’t able to do that. It takes two minutes to do it but it just goes out of your mind. We cook everything from scratch so we don’t keep anything longer than two days anyway.” 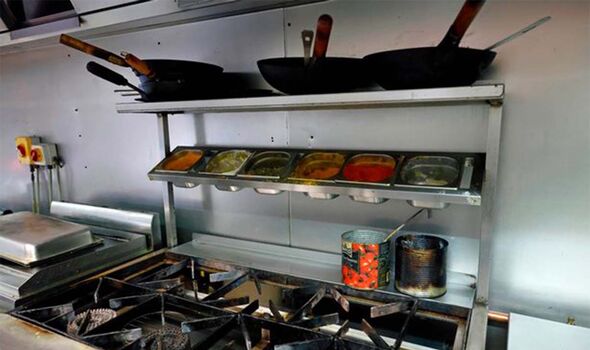 Asked if he has recruited more staff to ensure paperwork is updated even in busy periods, he replied: “There’s no point now. Half my business has gone. How am I meant to survive? I haven’t got paid in the last two and a half months.”

Why were there not enough workers to record temperatures before the inspection? Mr Rahman says there was a shortage of locals with expertise in Indian cuisine. “That’s just the way it is. There are people in Cardiff but local businesses have taken them and a lot of them probably feel we are too far away. I have two kitchen staff and they both live in Cardiff.”

He added: “You want to hear another one? The inspector said we apparently needed new canopy filters above the cookers because there was grease on the filters. We clean them every Sunday anyway.”

Mr Rahman claims the inspector also raised concerns that a small hole in the ceiling of the store room could be used as a route by rodents. The restaurateur says the hole has been filled and the store room is not close to the kitchen, adding: “We don’t keep food in there, it’s all alcohol.”

He also claims most of the inspector’s criticisms were over paperwork. “They want to see paperwork, they don’t want to see anything else,” he said.

Mr Rahman said he has paid £180 to the council for a new inspection which will take place in around three months. He added: “The rating is gonna kill me off before then. I feel like closing tomorrow. It is most likely we close a month and a half from now if things stay the same. I’ve lost hope. It’s draining me.”

The Shared Regulatory Services team — which handles food safety issues for Bridgend Council — said: “Our investigations into the premises are ongoing and have not yet concluded. Until they are complete, it is not appropriate for us to comment further.”

PSA: You Can Decorate Reese's Eggs This Year Instead of Actual Eggs