Supermarket shoppers have seen the rise in food prices first-hand, with many unable to buy the luxuries they once had in favour of cupboard staples. But which foods have gone up the most in price amid the cost of living crisis?

The figures are based on the Consumer Price Index (CPI) measure of inflation – and in each case, the percentage change is in the average price over 12 months up to July 2022.

These are the top 10 grocery items that have increased the most:

Margarine and other vegetable fats – 22.5 percent 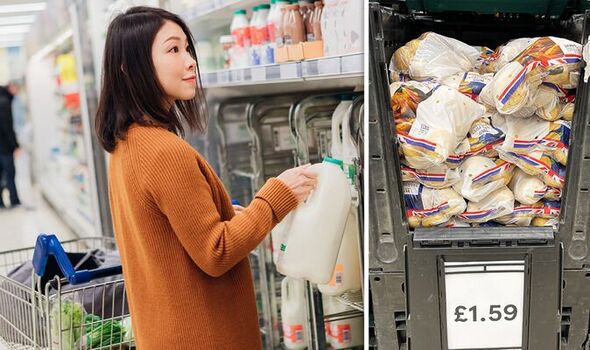 The ONS also shows a double-digit percentage increase in the price of eggs, yoghurt, pork, fish, bread and ice cream.

As for why these items have increased in price, there are several reasons.

Dairy products are more expensive due to an increase in energy costs, which are now set to rise again in October.

The cost of fertiliser, feeding the animals, and packaging the products, has also contributed to the incline.

UK’s Parliament’s website explains how Russia’s war against Ukraine is also impacting the price of these items as Russia and Belarus are major providers of fertiliser globally. Ukraine is a major exporter of wheat, corn and sunflower oil (which forms sunflower meal), all used in animal feed.

Pasta prices are also connected to Russia’s war against Ukraine.

The neighbouring countries provide a lot of the world’s grain, including wheat – the key ingredient in pasta. 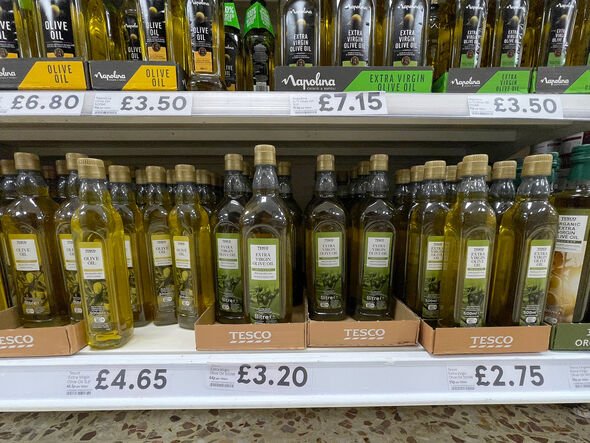 Earlier this summer, both countries signed an agreement to allow for the movement of grain supply from Ukraine’s Black Sea ports to other countries – which is now, slowly, starting to happen.

According to the BBC, around 20 million tonnes of grain, sunflower oil and other foods that were meant to be exported have been stuck in Ukraine since February 2022.

Olive oil has also increased in price due to Spain experiencing heatwaves this summer – Spain produces just under half of the world’s supply.

UK supply company Acesur recently warned of more price hikes over the next few months – with prices increasing by 20 or 25 percent. Again, this is because of the heatwaves across Europe and lack of rainfall, the BBC reported.

Potatoes, on the other hand, which are largely grown in the UK have not had the best conditions this year.

In late July, the British Potato Trade Association (BPTA) explained how the heatwave and drought were going to “seriously” impact potato yields.