Guy Fieri is known to step in and help where he is needed and the recent wildfires in California are no exception. The TV chef recently helped provide thousands of meals to first responders and others battling the Glass fire.
This past weekend, Guy, along with a team of friends, chefs, and family members, packed 2,000 meals full of penne pasta, salad, and garlic bread for personnel and first responders at the fire base camp set up at Sonoma County Fairgrounds, according to The Santa Rosa Press Democrat.
Guy told the outlet that they made about 3,800 meatballs for hungry first responders, some of whom asked him to pose for photos and thanked him for the meal. Guy shook off the praise: “Come on! You’re out saving our community,” he said, according to the paper.
Later, the CAL FIRE Sonoma-Lake-Napa Unit posted a photo of Guy posing in a Flavortown t-shirt and knuckle sandwich mask (which is truly just classic Guy) along with photos of the meals in question.
“A MILLION THANKS to @GuyFieri and his talented team for bringing his delicious delights to #GlassFire base camp! He made a lot of people very happy & full today!” the tweet read.
Guy has a long history of handing out meals to first responders, particularly those battling wildfires in California. He did so not only this past week but last November with Matthew McConaughey and back in 2017. His most recent was just last month. You can find ways to help the victims of the Glass fire (including with food) here. 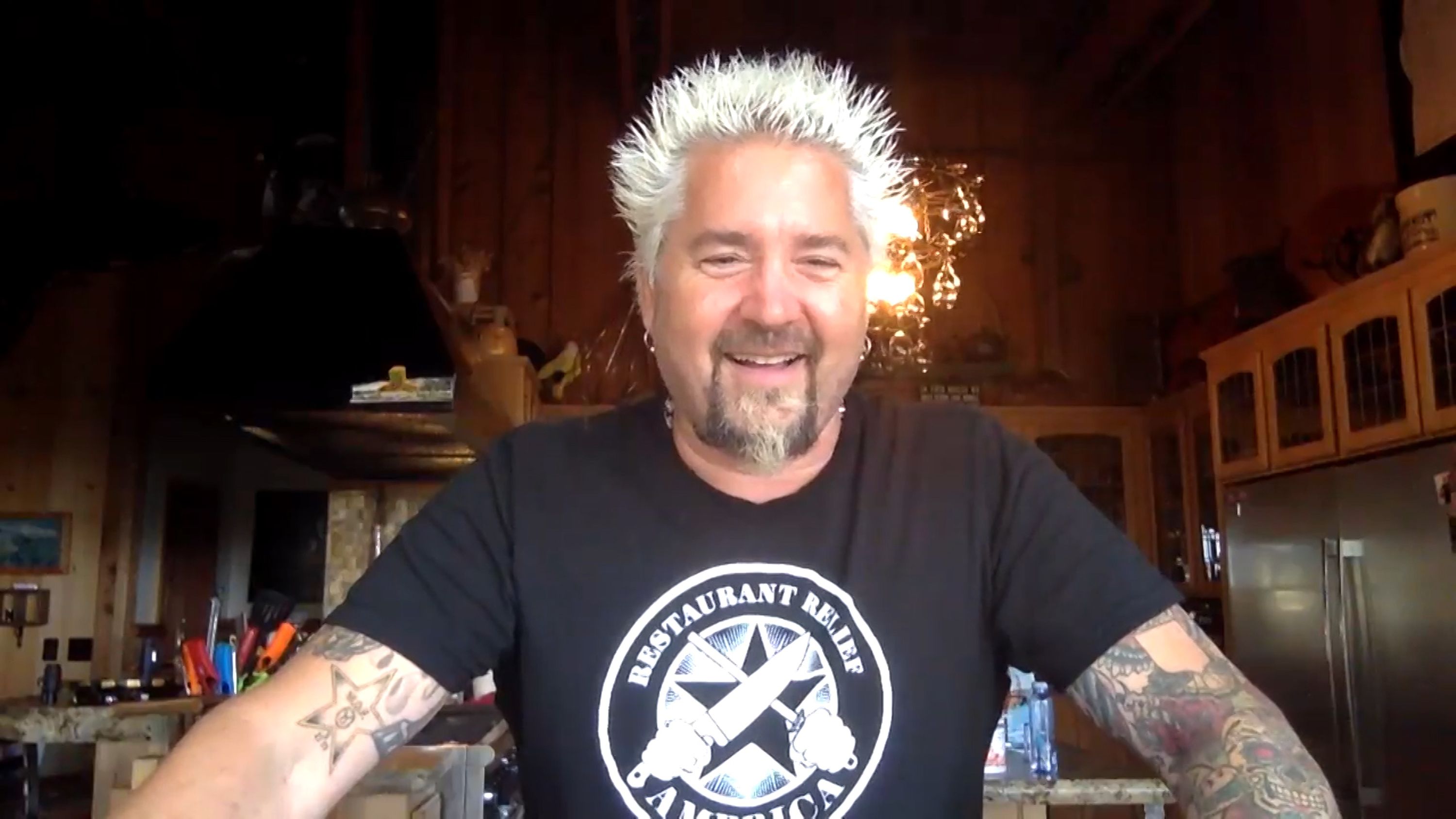 You Can Now Buy Minions-Themed Jell-O In A Banana Flavor, Obviously