The soda comes in three mini cans inspired by the colors of three popular shades of Peeps: pink, yellow, and purple. There is no difference between the cans in terms of flavors, but I found myself cracking open a can of the yellow one because it screams classic Peeps. I was surprised to find that it smelled mostly like typical Pepsi with a hint of sweetness…well, additional sweetness, I guess. That makes sense because when you first take a sip, you’re hit with the immediate wave of candy-like flavor, kinda like biting into a Peep.
I’ve gotten a chance to try some of the other limited-edition Pepsi flavors over the past few months like Apple Pie and Hot Cocoa, and this had a similar vibe. It was marshmallow-y (obviously!), sweet (obviously!!), and still had plenty of trademark Pepsi flavor. Basically, it tasted exactly what you’re probably imagining when you hear about Peeps Pepsi…like they melted down one of those iconic chicks and mixed it with cola. But somehow, when I was drinking it, I just couldn’t wrap my brain around it. How did they make it taste this way?? Why does this exist? Are there actually melted Peeps in here? And also maybe Lucky Charms marshmallows?? The world may never know.
While I am all for a wacky food combo, this is one I probably won’t be sipping on every day simply because it’s SO SO sweet. But like downing the entire ear of a bunny cake on Easter, it’s fun to have a few seasonal foods when they come around, even if they are a little much for your palate. At the very least you’ll have plenty of bragging rights. 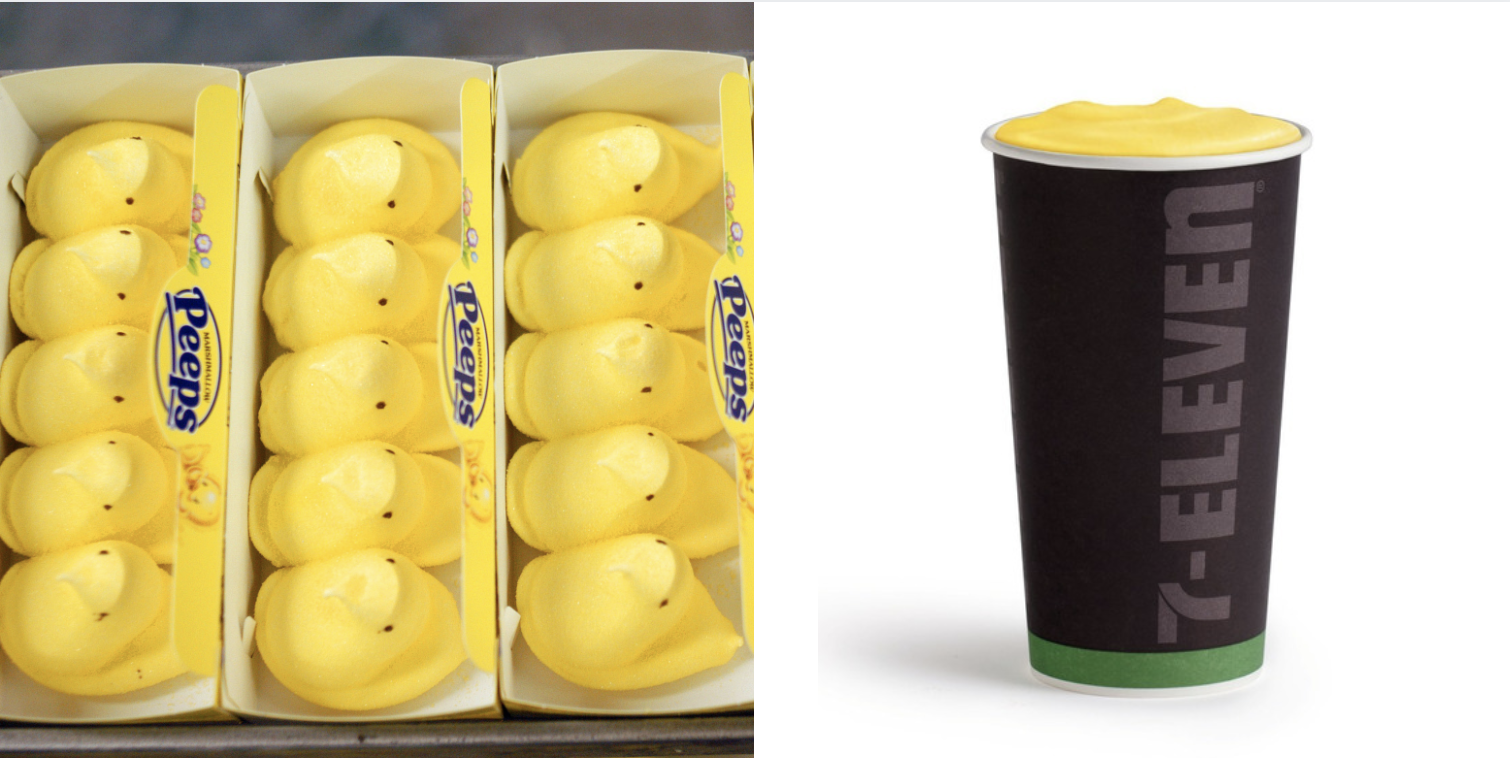