Alex Scott is taking part in Strictly Come Dancing 2019 with the first show on tonight.

She will take part in the seventeenth series after being paired with pro dancer Neil Jones.

No doubt the athlete is used to training hard and sticking to a strict diet thanks to her football past.

Now the breakfast she eats to fuel herself for the day has been revealed.

What Alex and her team mates eat is laid out in the FA Nutrition Guide for the Female Footballer.

The document has been devised to help the impressive athletes stay physically fit for games.

In the pamphlet, Alex states: “I always eat breakfast as it gives me more energy for training.

“My favourite is bagel and jam, with a bowl of fruit.”

The booklet also lists excellent, good and bad breakfast food items. What are they? 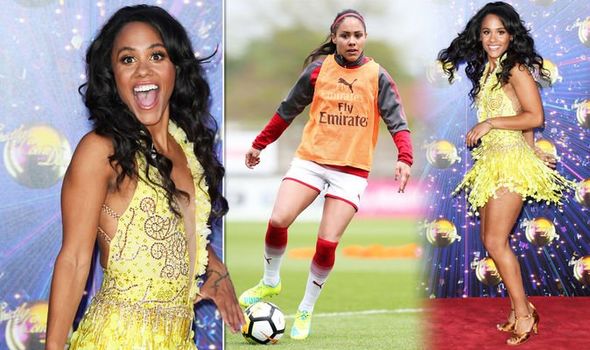 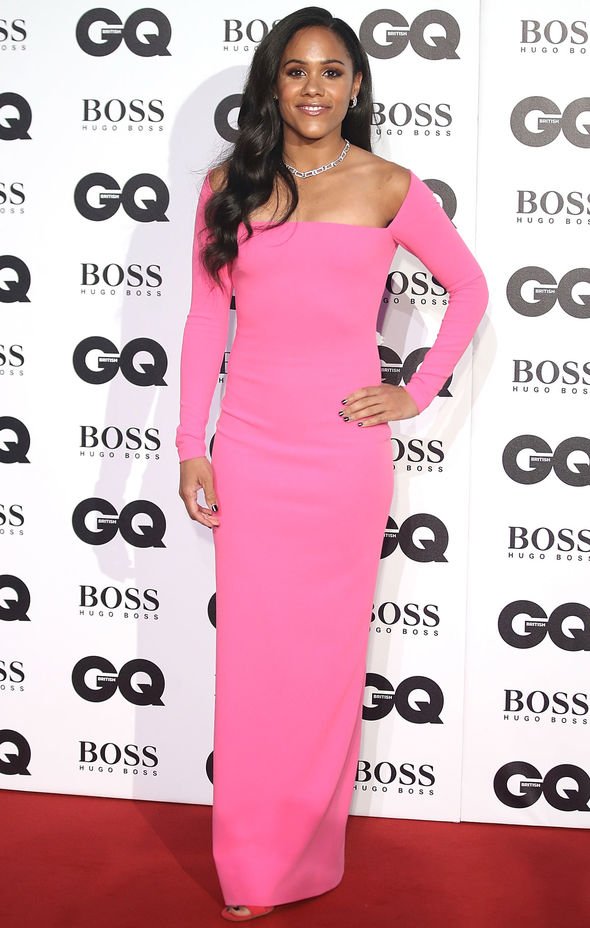 Female football players are encouraged to eat lots of carbohydrates, and they need huge amounts of energy for their jobs.

The booklet states: “Breakfast is possibly the most important meal of the day, as overnight your body’s reserve of carbohydrate is used by your brain, and so breakfast helps to refill this store.

“If you do not eat breakfast you will be more lethargic and your concentration will be lower.

“Make sure you have a good breakfast every day, eat the right foods (indicated below) and eat as much as you need.”

Fans had an insight into Alex Jones Strictly training as Neil Jones posted a video to his Instagram story. 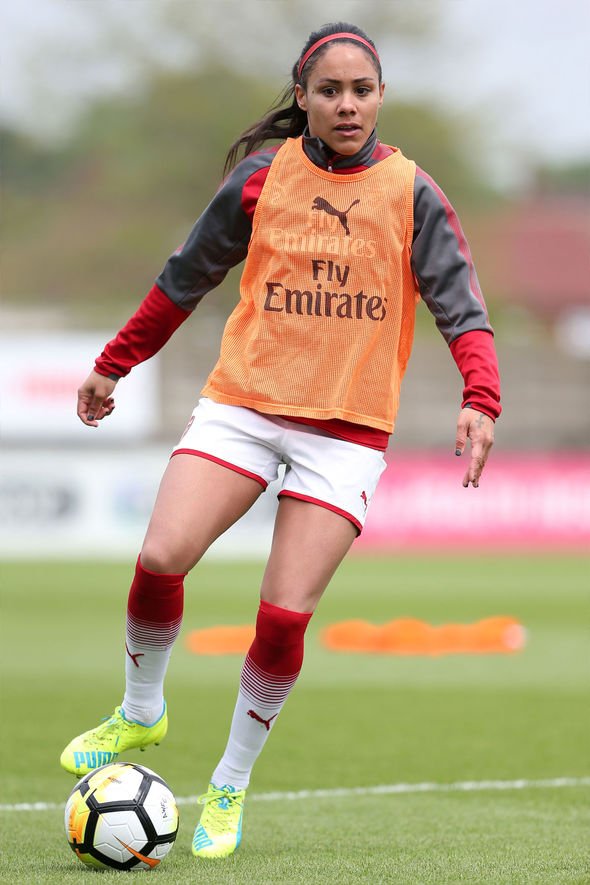 The pair have both been sharing videos of how rehearsals have been going this week, and there’s been an ongoing theme.

Alex uploaded a video of herself failing to say the word, Chassé, which is a dance step.

The star said she “gives up” during their break from dancing.

At the beginning of the video, Neil urged the former Arsenal footballer: “Try and say it.”

“Sashay,” Alex repeatedly answered, but was met with laughter from Neil as he corrected her.

Newsreader Natasha Kaplinsky was the first celebrity to win the BBC dancing series, which originally aired in July of 2004. She was partnered with Brendan Cole. They finished 39 points ahead of competitor Christopher Parker.

Jill Halfpenny was the second star to impress the judges with her dancing skills. Partnered with Darren Bennett, the pair beat off competition from Julian Clary and Denise Lewis in December of 2004.

Cricketer Darren Gough won the third series of Strictly. He and partner Lilia Kopylova wowed audiences but never once finished at the top of the leaderboard.

Mark Ramprakash was the fourth star to lift the Glitterball Trophy. He was partnered with Karen Hardy and they were the first couple to restart a routine after their initial attempt saw Mark’s mic get caught in Karen’s dress.

Before becoming a Strictly judge, Alesha Dixon won the nation’s hearts and the Glitterball Trophy during the fifth series. She was partnered with professional dancer Matthew Cutler.

Holby City star Tom Chambers was partnered with Camilla Dallerup when he won the sixth series. He performed the Foxtrot and Salsa in the final week.

BBC Breakfast presenter Chris Hollins and his professional partner Ola Jordan surprised viewers when they beat Ricky Whittle and his partner Natalie Lowe in the final. They wowed with the Foxtrot, Charleston, Lindy Hop and Showdance.

Kara Tointon was the eighth celebrity to win Strictly. She danced with Artem Chigvintsev and failed to receive 40 points throughout her time on the show.

Former McFly star Harry Judd was the ninth star to lift the Glitterball Trophy. He didn’t top the leaderboard until week seven but then scored 40 points twice in the final.

The tenth series of the BBC show was won by Olympian Louis Smith. He danced his way to victory with professional partner Flavia Cacace. He faced competition from Kimberley Walsh, Denise Van Outen and Danni Harmer in the series finale.

Love Island host Caroline Flack took to the dance floor in series 12 where she scooped the Glitterball Trophy with Pasha Kovalev.

Jay McGuiness surprised viewers when he won the thirteenth series of the BBC dancing competition with Aliona Vilani. When he learned he’d won, he told host Tess Daly: “I feel spaced out – it’s really weird.”

The sports presenter broke down in tears after beating Danny Mac and Louise Redknapp.

Documentary-maker Stacey fought off competition to make it to the Grand Final of Strictly Come Dancing with professional dance partner Kevin Clifton last year. When they won, Kevin described her as “the most wonderful person”.