Deontay Wilder will fight Tyson Fury this Saturday, February 22, at the MGM Grand Las Vegas, in a huge rematch that could pave the way to a unification opportunity against Anthony Joshua. It is no secret the Bronze Bomber has one of the fiercest punches in boxing, having knocked out 41 of his 43 opponents, pinning him above the likes of Mike Tyson, George Foreman and both the Klitschko brothers. But does the 34-year-old have a secret to all this power?

He does, and it comes from a mixture of delicious food and hard work, he revealed before his recent win against Luis Ortiz.

“I eat me a good breakfast, from pancakes, to Polish sausage, to patty sausage and some good eggs.

“One morning I will eat egg McMuffins and it will rotate throughout breakfast time with that. 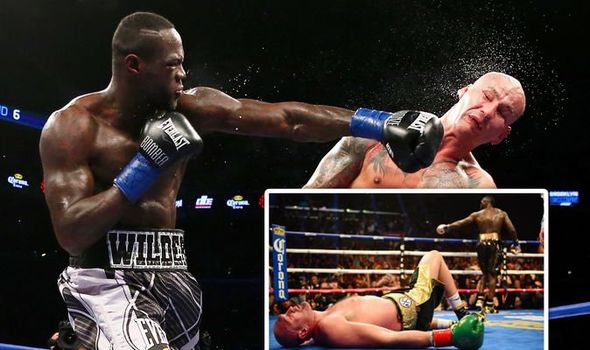 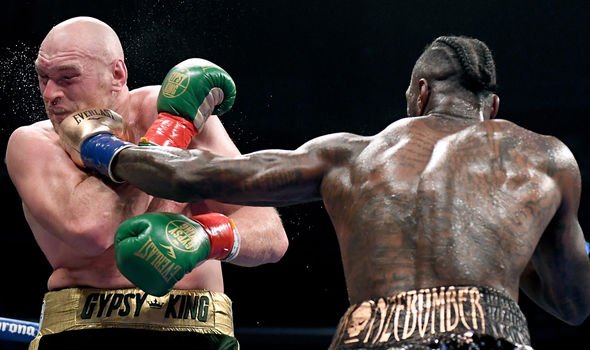 “I will also have a protein shake in the morning with breakfast.”

Wider will then train for a few hours in the morning, before coming back for four more meals throughout the day.

He added: “I come back again at 11.30am, eat a nice Alfredo chicken pasta with corn on the cob, maybe have some nice garlic bread toasted alongside that with a protein shake.

“2pm will be a sandwich, you know, maybe ham and cheese, maybe tuna, with two boiled eggs. 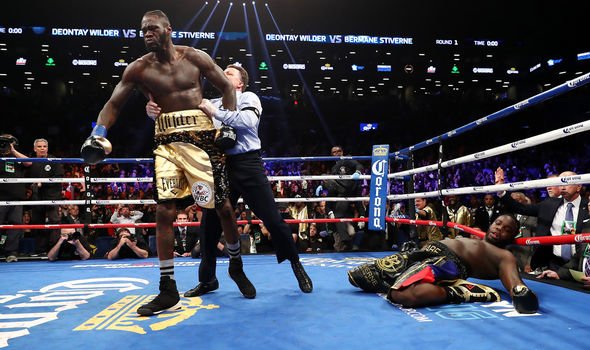 “And then at 7.30pm, I have a nice T-Bone steak, some more red potatoes, we might have some squash in there and some green beans.”

But, the heavyweight says he does not restrict himself to one diet plan every day.

He continued:  “Each day is different, with different meals that come with it, but that mostly sums it up.

“They just feed me the food, I just eat it.

“My stomach sometimes can be so fat that I have to rub it for hours. I’m not a big eater.” 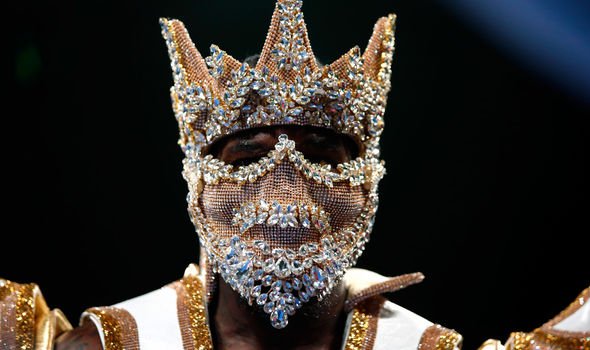 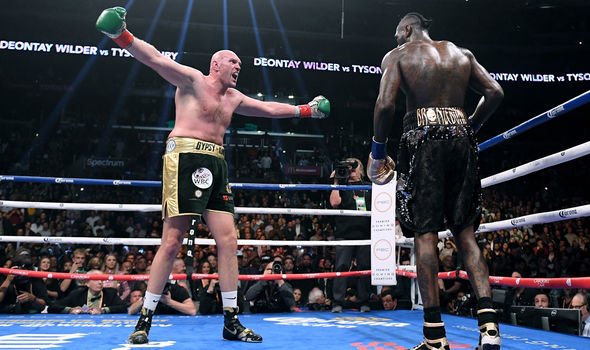 Wilder’s says that his belly-busting diet gives him an extra 10 percent conditioning, meaning he does not need to lift weights.

He stated: “I put my power up with anybody, period.

“And it’s natural; I don’t have to lift a weight.

“Ask the people that are around me, it’s in living colour.”

It is a mile away from the strict regime Fury has endured for his comeback, losing 10 stone after his battle with drinking and eating.

He revealed in his book “Behind The Mask” how his former trainer Ben Davison flew him and his family out to Marbella and put him on a gruelling diet.

He wrote: “Ben put me on a ketogenic diet, which meant mostly zero carbohydrates.

“This diet was going to help me shift the weight because it would force my body to seek fat to burn for fuel to give me energy to train.

“We knew that it would naturally leave me a bit short of energy at first, but it had to be done and proved to be ideal for losing the pounds.

“My daily diet consisted of bacon, cheese and eggs with mayo for breakfast.

“For lunch, it was half a roast chicken with mayo and for dinner, it was two burgers with cheese and bacon (no buns) and some mayo.

“That was it for seven weeks, with some black coffee in between.”