The former World’s Strongest Man retired from the sport over health concerns in 2016, but that hasn’t stopped him from exercising. His retirement came after the 33-year-old from Stoke-on-Trent passed out and went temporarily blind after lifting 500kg and breaking the deadlift record. Instead, Eddie, nicknamed The Beast, set himself a new challenge – stepping into the ring for a boxing match with Game of Thrones star Hafthor Bjornsson.

And to do that he had to lose some timber.

But the majority of that weight loss came in a short period of time and, in 2019, Eddie challenged his two-and-a-half million followers on Instagram to do the same – using just weights, cardio and a strict diet. 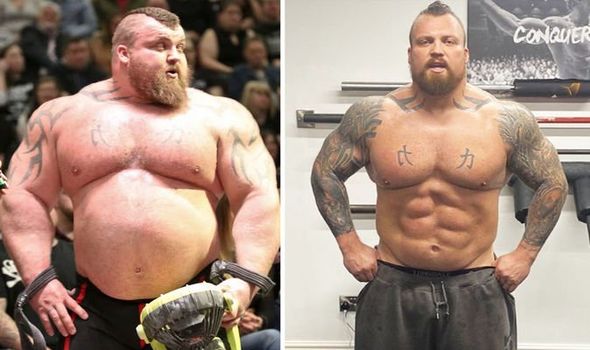 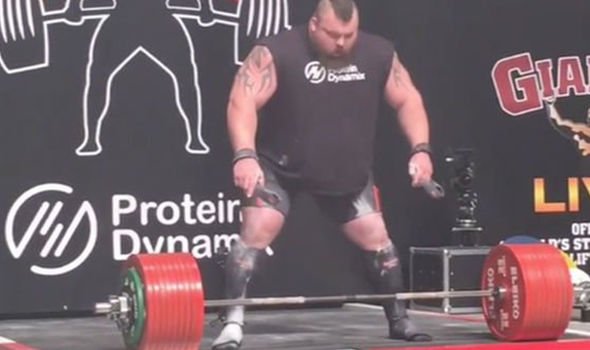 “Today is day 17, I weighed myself this morning and I lost 20lbs pretty much on the dot.

“I’ve measured my body fat this morning and I’ve managed to maintain all my muscle as well.

“So all I’ve lost in that time is fat and water basically.”

Eddie went on to explain how he cut out almost all carbohydrates from his diet, replacing them with protein and fat.

He admitted that some of his protein sources were from supplements, but pointed out that simple exercise was key to his fat loss. 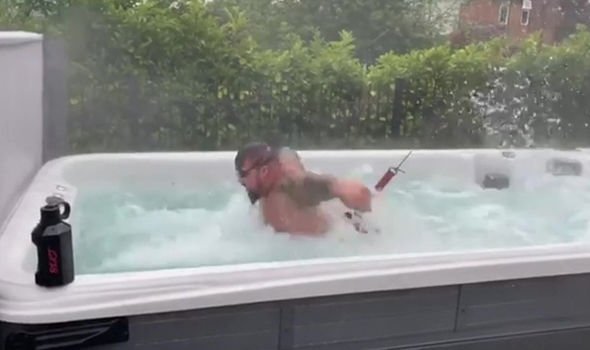 He added: “My supplements helped me get the protein that I needed in. They have zero carbs, zero sugars, zero fat – that helped me to dump fat.

“For my diet, I cut my carbs back, upped the protein and the fat.

“These ab muscles aren’t drawn on, they are completely real.”

There is one cardio exercise Eddie loves more than anything. 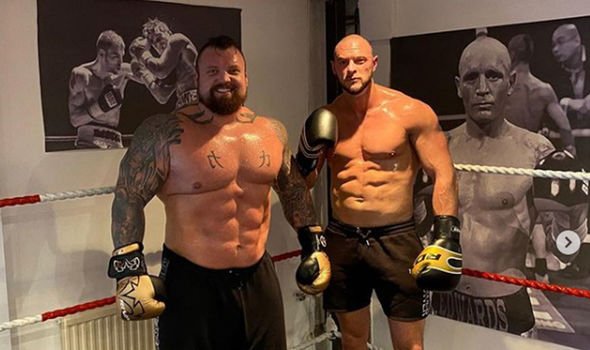 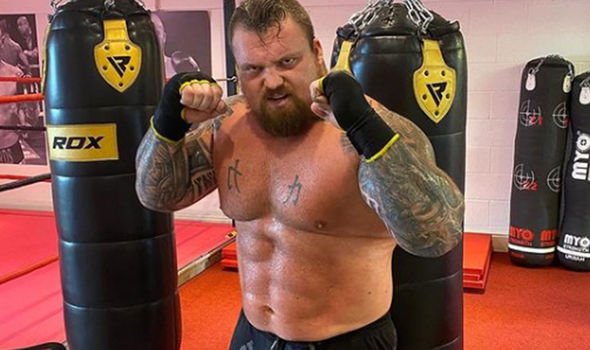 As a child, he was a champion swimmer and picked up gold medals in the 50m, 100m, 400m and 1500m freestyle events during a national competition aged 13.

He was tipped to become an Olympian at one point, but decided to pursue weightlifting instead.

But he detailed during an interview with Barbend why he still keeps swimming in his routine.

He said in 2017: “I found it helped massively with lung capacity, heart function, and more than anything the mobility, because it helps the ligaments and capillaries and everything keep moving, so to speak.

“I do two laps as fast as I can, have a minute rest, and repeat that for an hour.