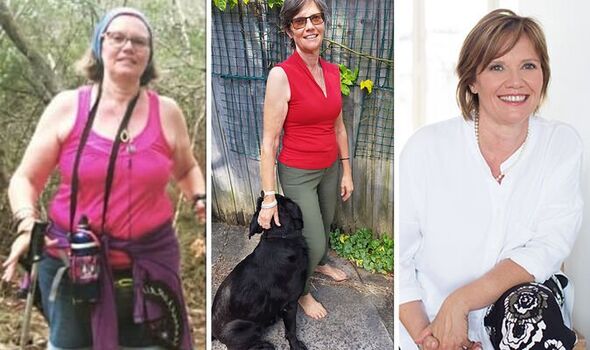 Angela is a naturopath and menopause coach founder of Angela Counsel who has worked in women’s health for nearly 20 years. She explained that as she was coming through menopause, she “really didn’t understand what it was all about”.

Angela explained: “I never really had an issue with weight for most of my life. If I ever put on a few kilos I just used to do keto [diet] and drop those kilos pretty easily.

“But I was finding that as I was coming through menopause, the weight started coming on and coming on. I did what I used to do in the past and tried keto diet but it didn’t work, it wasn’t working at all. I kept looking around to find out why I couldn’t lose weight.”

Angela admitted: “As a naturopath and working for women’s health I was becoming very embarrassed and ashamed of the way my body looked.”

She was also starting the get a lot of pains, and when she was in pain she couldn’t exercise as much. “I was looking for a solution, and I tried a few things but nothing was working really.”

So how did she manage to slim down? Angela explained everything changed when she found ‘genetic personalised health’ and had training on it.

She said: “I started to realise that the genes are the foundation and this is not just for menopause, but for everything.”

Angela explained women have what is called epigenetics, which influence the genes. “It’s the environment, it’s the food that we eat, it’s where we live… All these different external factors influence the way our genes express.”

“It wasn’t just about food, the underline cause of all issues that come from menopause is stress. “

When Angela started to look at the stress that was affecting her life and the foods she was eating, “all started to change”.

When she switched the morning workout to the afternoon, she saw a huge difference: “It’s the best thing I did.”

Angela claimed “switching the time I was exercising” really helped her lose a considerable amount of weight.

In terms of diet, she followed an intermittent fasting plan and ate three times a day based on her genetics and the type of body she has: “I wouldn’t have any food from 3pm to 9am in the morning. But this is personalised, this is what works for me, it’s not what works for everyone else.”

She also moved to a vegetarian-based diet, although she still eats “a bit of protein”.

Angela explained the majority of women with menopause don’t eat enough vegetables: “We all need to eat more plant food because they develop our hormones.”

She also cut out alcohol from her diet: “It is a big thing I stopped nearly three and a half years ago and I haven’t had any alcohol since. That made a really big difference as well.”

In total, Angela lost 24kg (nearly four stone) and has managed to maintain it ever since without having to restrict what she eats: “I’m exactly where I want to be right now.

“Now I can basically eat what I want but there are certain things I choose not to eat because I know they don’t go well with my body,” she said.