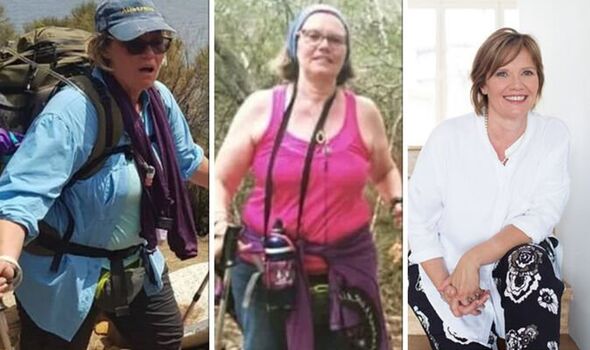 Angela had tried losing weight for years with no success. It wasn’t until she learnt about personalised health, which is a health and lifestyle program based on one’s genetic profile, that she managed to drop an impressive four stone. How did she do it?

Angela explained that “as a naturopath and working for women’s health I was becoming very embarrassed and ashamed of the way my body looked”.

Angela explained women have what is called epigenetics, which influence their genes: “It’s the environment, it’s the food that we eat, it’s where we live… All these different external factors influence the way our genes express.”

According to that, she changed the time of the day she was eating and exercising which played a major role in speeding up the weight loss process.

Angela stopped working out in the morning and moved her exercise routine to the afternoon. “I saw a big difference, is the best thing I did,” she said.

Based on her genetics and her specific body type, she also found an intermittent fasting plan and eating three times a day was the most suitable and effective plan for her.

She explained: “I wouldn’t have any food from 3pm to 9am in the morning. But this is personalised, this is what works for me, it’s not what works for everyone else.”

The menopause coach also moved to a plant-based diet, although she still eats “a bit of protein”.

She also cut out alcohol from her diet: “It is a big thing I stopped nearly three and a half years ago and I haven’t had any alcohol since. That made a really big difference as well.”

Angela shared the steps she followed to lose weight:

“Step one: I changed the time when I exercise from first thing in the morning to after 3pm in the afternoon, I made no changes to my diet at this stage. I lost 3kgs (6.6lbs) in less than two weeks.”

Angela claimed “switching the time I was exercising” really helped her lose a considerable amount of weight. That is because based on her genetics, she found that working out in the afternoon was the most effective way to burn fat for her body type.

She continued: “Step two: I changed my main meal from dinner to lunch. For dinner, I had a small serving of vegetables only. I lost another 2kgs (4.4lbs).

“Step three: I maintained exercise in the afternoon but because it was Christmas time I only exercised a couple of times a week rather than six days a week. I started eating large meals at night again because I was socialising a lot more. Put all the weight I lost back on and I was at my heaviest weight ever.

“Step four: Christmas was over and I re-focussed on eating and move right for my body. I had a goal, I was going to be hiking around Mt Blanc in September and I needed to be fit and strong. I gradually start to lose weight, my energy goes up and I am doing a lot of long distance walking in the bush.

“Step five: The world turns upside down and we are forced to stay home for the foreseeable future. I decide to do a 10 Day Detox because I was stuck at home and had nothing else to do. Two meals a day of vegetables only for 10 days. I lost 7kgs (over one stone) in 10 days. I was a bit concerned that I would put weight back on when I started eating foods other than vegetables again. I didn’t.

“Step six: In total I have lost 12kgs (two stone) since the beginning of this year. It is now one month since I did the detox and lost all the weight and I have maintained my weight. I fluctuate up and down up to 300gms, this depends on the food that I eat and how much I exercise.

“I now fast between 4pm and 9am at least five days a week, I don’t eat between meals, lunch is my largest meal and I rarely feel hungry. I follow my health plan 80 percent of the time, this means that I do have treats on occasion and I don’t feel like I am on a restrictive diet. I have found if I go looking for food it is because I am bored or stressed, knowing this means that I can divert my attention elsewhere and I don’t need to eat.”

Angela recently told Express.co.uk that she has now lost a total of four stone since her weight loss journey began.

To learn more about epigenetics, as well as to find the most suitable diet and exercise routine, women are advised to check with their doctor first.

Weight loss diet: Eating this food can help you lose fat fast – what is it?

Olly Murs weight loss: How did he get six pack abs? Singer shed one stone in 12 weeks