Mrs Hinch is the blonde bombshell we all can’t help but love. She’s often seen in figure-hugging clothing that compliment her long and elegant limbs and tiny waist. However, Mrs Hinch has previously opened up on how she lost eight stone to get her current figure.

Last year Mrs Hinch shared a photograph of herself from 2009 on Instagram stories, and she looked almost unrecognisable.

The star lined up two selfies taken 10 years apart to take part in the 10-year challenge.

The caption read: “Whatever perception you may have of how perfect someone’s life may appear… We never really know what people are going through inside… So please never judge a book by its cover and always be kind. Love Soph xx.”

The photograph and its caption left her 3.7 million-strong fan base, the Hinch Army, wondering how she lost the weight. 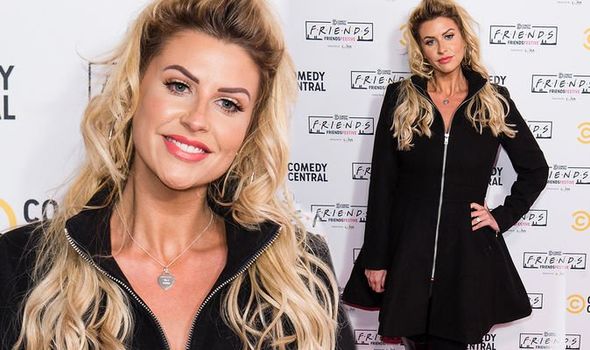 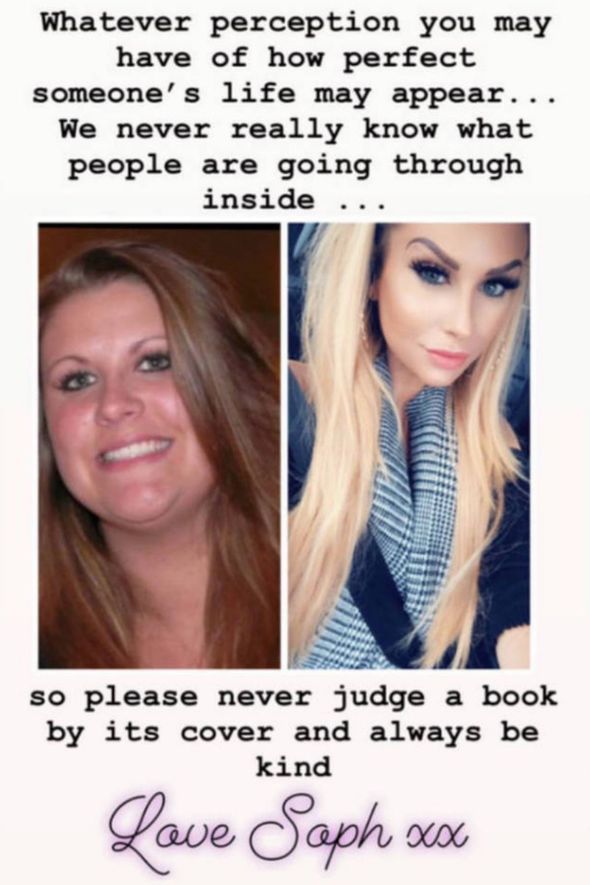 How did Mrs Hinch lose weight?

Mrs Hinch, whose real name is Sophie Hinchliffe, admitted she lost weight with the help of a gastric band.

She admitted she gained a lot of weight in her late teens, as when she left home and got her driving licence, she was always tempted to get McDonalds.

She said: “Before I knew it, I was eating for what felt like eating’s sake. I was getting pizzas and deliveries. I love food, even now.”

Mrs Hinch was insecure about her weight, and wore baggy clothes to mask the weight gain in order to “fit in”.

After a “humiliating” trip to a fairground where she couldn’t fit in the ride, Mrs Hinch decided to make a change.

She said: “It hit me… the stares, the way people look at you.”

That’s when Mrs Hinch decided to look into getting a gastric band fitted at the age of 21 in 2016.

A gastric band is fitted around the upper part of your stomach, interrupting the sensors that tell your brain you are hungry.

They reduce the size of your stomach, forcing you to eat smaller portions.

With a gastric band, you will feel fuller earlier than normal and you get hungry less often.

This reduces how much you eat and how often, causing you to lose weight quickly.

Mrs Hinch was a part-time hairdresser at this point, so had to take a loan out to pay for the operation.

While the band allowed her to successfully shed eight stone, she was left with some serious complications.

Mrs Hinch had a couple of these problems – and even had to go through emergency surgery due to complications.

Two years after the Instagram celeb had the band fitted, it slipped and was wedged in her oesophagus.

The band was moved during emergency surgery, so it is still inside her body but is now inactive.

She said: “They had to drain them urgently and blast the IV with antibiotics.

“I ended up staying in hospital for two weeks and I genuinely thought I was going to lose my left arm at one point.”

Mrs Hinch admitted she regrets having gastric band surgery, saying: “The surgery works for some people.

“But for me, if I had known the complications and the risks, I wouldn’t have done it.”

The cleaning expert was left with lots of excess skin too, and she has since had this removed.

She still has a scar left from the surgery and tends to cover it up with clothing.

In July she told fans on Instagram: “In all honesty, I also like this dress because it also covers my arms.

“Lots of you already know about this because it’s written in my first book but I had surgery on my arms once so I, of course, have been left with scarring but this dress makes me feel like my arms are covered.”

Although Mrs Hinch managed to lose the weight and keep her health in the end, she admits this did magically transform her life.

She told her fans on Instagram: “I’m not this perfect cleaner with a perfect set-up.

”I wanted to let them know that, because people have such pressure on themselves to have a perfect life.

“I went through a hell of a lot, which is why my confidence isn’t great, even now.”

She is still bothered by body shaming and beauty standards.

She said: “Even if you lose the weight you never forget the comments.

“I’m still not 100 per cent confident with my body but I’m getting there.”

The NHS has its own 12-week weight loss program that promotes safe and sustainable weight loss by teaching you how to make healthy food choices.

The plan is designed to help you lose 1lb to 2lb per week – and that’s not fast, the plan is the safe and sustainable way to drop the pounds.

Find out more about the NHS plan here.

Apple cider vinegar weight loss: How much should you drink to lose weight fast?