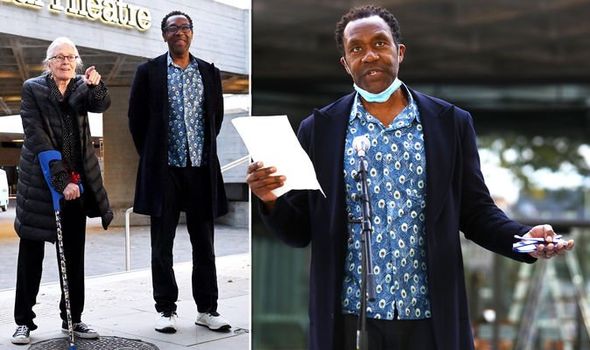 Lenny Henry is a British comedian legend known for founding the charity Comic Relief, which has raised millions. He has appeared in The Magicians for BBC One.

In recent years, Lenny has looked slimmer and slimmer. The star has opened up on how he lost weight.

The comedian spoke about his weight loss with the Mail On Sunday. He said: “What’s my secret?

“Well, it’s eating broccoli and not much else. I’ve also been running a lot. It has worked!”

Lenny started his weight loss journey in 2014, claiming he was “a little bit diabetic”.

He decided to cut out sweet treats like biscuits and alcohol.

He told the Mirror: “I’m a bit diabetic, so I was put on a very strict diet.

“I’ve lost between two and a half and three stone. I was big.”

He ate vegetables and took up a certain exercise.

Lenny said: “It’s lots of greens, lots of juice, and lots of walking. Swimming is good.

“You’ve got to eat no sugar and drink hardly any alcohol… all the stuff you like.

“You can’t Hobnob your way through the day.”

Lenny caused shock when he appeared on This Morning on June.

“Sir Lenny Henry has lost a lot of weight! #needToGetHisSecret” one viewer wrote on Twitter.

“Blimey, Lenny Henry looks good, well done to him for losing so much weight,” another wrote.

Another said: “Lenny Henry looks like he’s lost a lot of weight #ThisMorning.”

“Lenny Henry has lost a load of weight #ThisMorning,” another wrote.

Lenny is also known for his marriage to fellow comedian Dawn French. She, too, has lost a lot of weight in recent years.

The Vicar of Dibley actress lost over 7st – how did she do it?

The weight loss journey began in 2011 when Dawn split from her husband, at which time she weighed 19 stone.

Speaking about her weight loss on her 30 Million Minutes tour, Dawn said: “When I was due to have my hysterectomy the doctor told me that if I could lose some weight before the op, they would be able to do it via keyhole, and I would recover in three weeks or so.

“Otherwise it would be big open surgery, and three months to recover.”

“I set about dropping a few stone,” she said.

“It was grim. I lost seven-and-a-half stone. I could have the keyhole surgery.

“Great. That’s all it was, practical.”

Debbie McGee diet: TV star uses this plan to stay slim – what does she eat?

Tom Kerridge weight loss: TV chef shed a whopping 12st with this plan – what did he eat?

20 Packable Foods Perfect for a Day at the Beach
Cocktails