Dr Michael Mosley is a huge advocate for getting people looking to lose weight into ketosis so they can burn body fat quicker and more efficiently. But he has admitted that there is often confusion between being in ketosis and being on a keto diet.

He explained: “Your body usually runs on fat and sugar and when you run down on your sugar supplies due to exercising heavily or you’ve been fasting or on a low-carb diet, then your body switches into fat-burning mode.

“A keto diet will induce ketosis but to be in ketosis doesn’t mean you have to be on a keto diet.”

So what kind of food do people have to cut out if they want to burn fat regardless of what diet they are on? 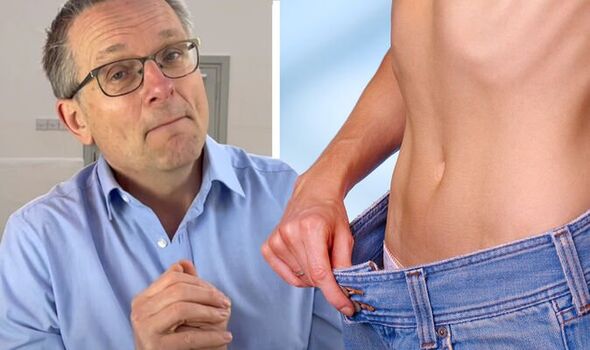 “But during the ketosis phase, you’ll have to cut foods like rice and potatoes.

“It’s mainly cutting out the starchy, sugary carbs and that’s mainly what’s going to put you into ketosis.”

Removing carbs from a person’s diet can be difficult and could cause cravings, but he explained that he found a food people can replace carbs with that will keep them full.

“I discovered the joys of something called cauliflower rice,” he beamed.

Cauliflower rice is a nutritious alternative to rice that’s low in calories and carbs.

According to Healthline, it may even provide a number of benefits alongside boosting weight loss.

These include fighting inflammation and protecting against certain illnesses.

It’s simple to make and can be eaten raw or cooked, with Dr Mosley encouraging people to take a look at his Fast 800 meal plans that show how to incorporate it into tasty recipes. 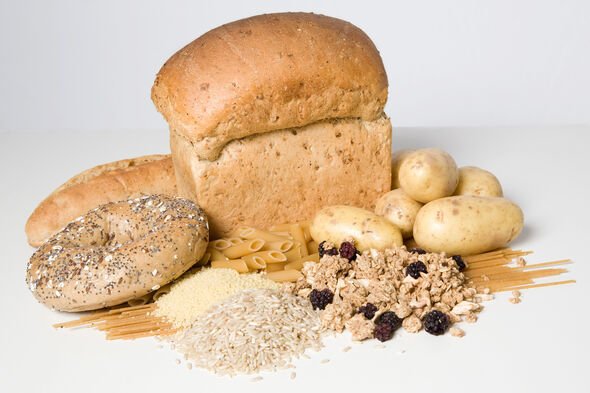 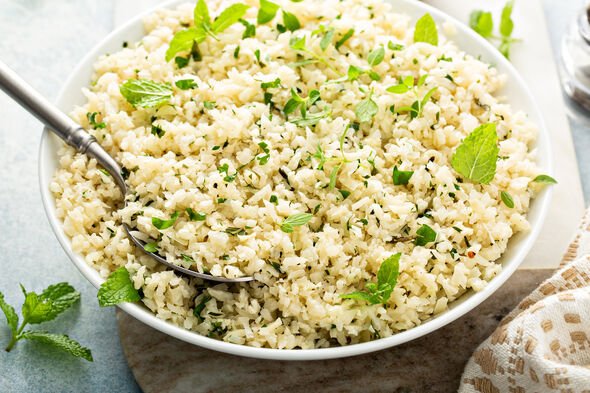 He added: “The great thing about cauliflower rice is that it really is just grated cauliflower.

“It’s very low in carbs but very rich in other nutrients and you can use it as a base of your curry or whatever you’re going to eat.”

Dr Mosley referenced his own keto diet, which is designed to fast-track people into the ketosis state of fat-burning.

Being scientifically proven to work, he noted that his wife and creator behind all his diet’s recipes, Dr Clare Mosley, undertook a large study with Oxford University where they put the diet under trial. 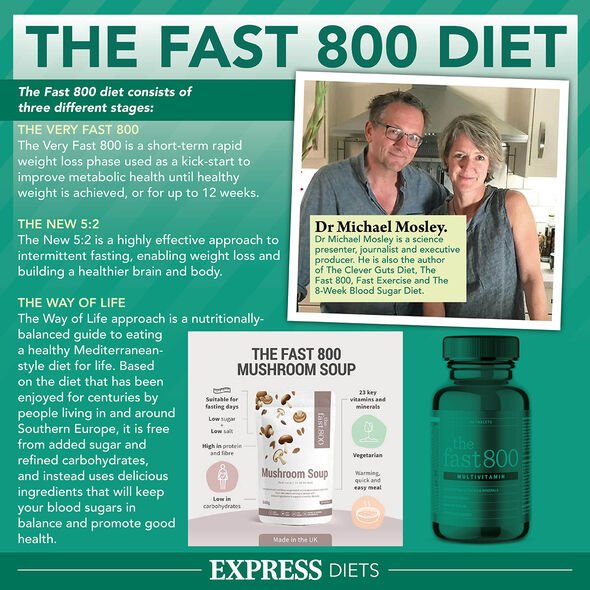 The results of the study showed it had a “big impact” on the participant’s weight loss among other lifestyle factors.

“People lost around 10kg in eight weeks,” Dr Mosley revealed. “And some were able to sustain it over time as well.

“They all saw big improvements in things like their blood sugars. So it’s kind of a well-tested diet!”

Weight loss: Does drinking apple cider vinegar to lose weight work? How to take the drink