We use a lot of soy sauce in our home cooking, from highbrow Homemade Ramen to lowbrow Hot Dog Fried Rice. But soy sauce isn’t the only soy-based sauce we keep stocked in our cabinets. Tamari, a byproduct of miso, shares many qualities with soy sauce, but provides a distinct flavor and texture. More importantly, it’s delicious! Read on to learn how tamari is made, how to use it, and where to buy it.

How is tamari made?

Unlike soy sauce, which is made of a fermented mixture of soybeans, wheat, and other grains, tamari is a natural byproduct of miso-making. Tamari typically has little to no wheat added, making it a great gluten-free choice. (Just make sure to check the bottle first! Gluten-free products will be labeled as such.) As miso—a fermented soy bean paste—ages, it is pressed, which forces out liquid. This liquid becomes tamari.

Where is tamari from?

Long ago (we’re talkin’ 7th century AD) tamari traveled from its birthplace in China to Japan. Years later, around the 14th century, Japan had cemented itself as the preeminent producer of tamari. Today, tamari is classified by Japan Agricultural Standards as one of Japan’s five official types of soy sauce.

How does tamari taste?

Tamari is thicker, more mellow, and less salty than soy sauce. It’s got a rich flavor with an incredible amount of umami—perfect for giving vegan and vegetarian meals an added boost of meaty flavor. It’s generally thought that the flavors in tamari are more balanced, or rounded, than those in soy sauce.

Where can I buy tamari?

You can find tamari near soy sauce in most grocery stores. If not, check Asian specialty stores or online retailers.

How should I use tamari?

Tamari makes an excellent dipping sauce for sushi, tempura, dumplings, and pretty much anything else that could use a boost of savory umami. You can also add tamari to soups, stews, gravy, marinades, sauces, and stir-fries. Like the classic soy sauce you might be more familiar with, its uses are infinite. 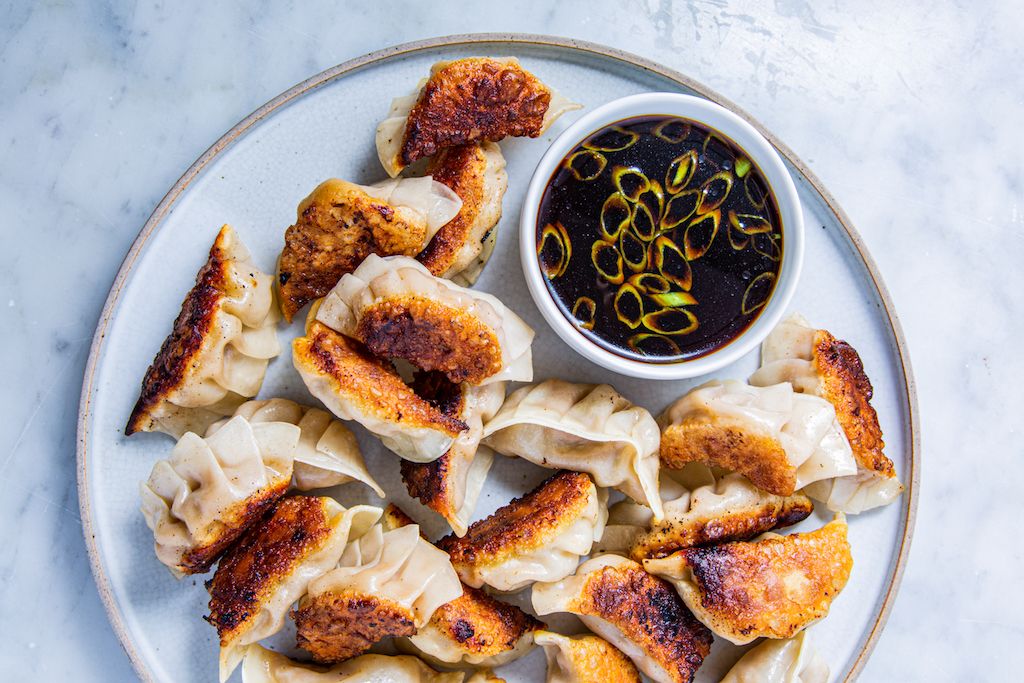 How should I store tamari?

Store tamari in a cool dark place like a cabinet or pantry. It can be kept in or out of the refrigerator once opened.

Is tamari good for you?

Tamari is high in vitamins and minerals (especially manganese) and is thought to aid immunity, cardiovascular health, and digestive heath. It does provide a serious dose of sodium (around 990mg per tablespoon), so if you’re watching your sodium intake, use in moderation.
Source: Read Full Article